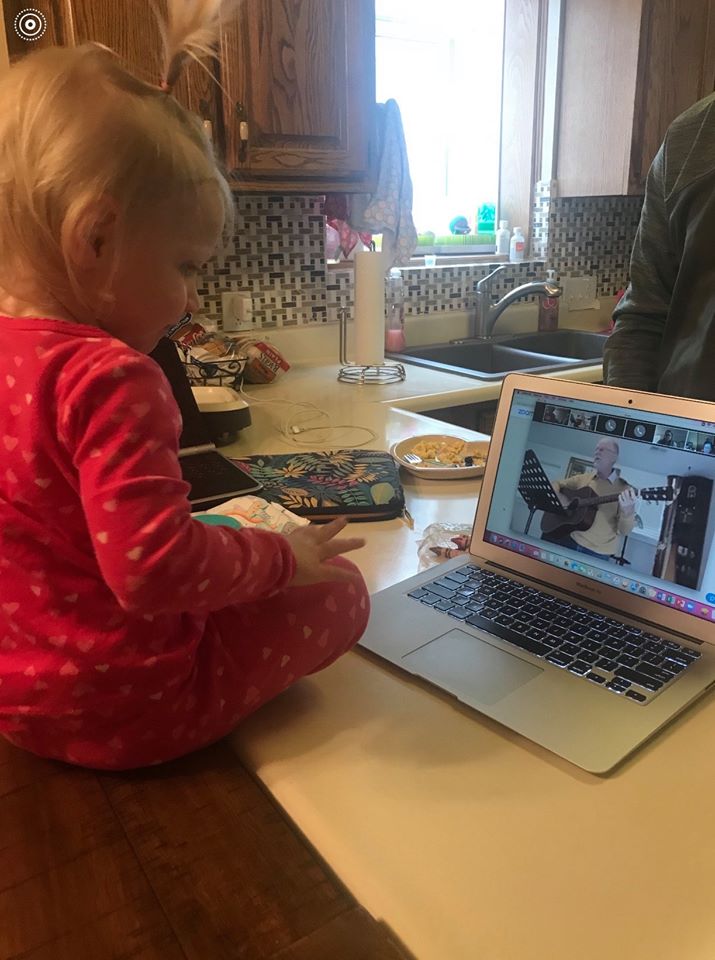 As things were developing in March relating to the pandemic, Rev. David Wentz took Eminence
UMC online on March 15, a week before many churches. But he didn’t make the decision lightly. He had concerns about just doing a worship service on YouTube or Facebook Live:

“The strength of a small church service is the interaction between people,” Wentz said. He decided to go with Zoom, a video conference call platform, and bought in at a level that would support phone calls as well. That’s been a key part of the service.

“We have eight people, from four generations, who are participating over one phone in their home,” he said.

During the first week people shared announcements and joys and concerns, the children gave some great answers in the children’s sermon, people read the Scripture readings and offered thoughts during the sermon time.

After week one they added music. They’ve had a few more people participating via phone as via the Internet.

It hasn’t just been worship on Zoom. In the first few weeks of using the online conferencing system he also used it to conduct a board meeting and three Bible studies.

The church averages 26 in worship and his recent Zoom call worship service had 23 people on the call.

“I don’t get the sense that people are scared here, but they are taking it seriously,” Wentz said. “Some people feel protected by the isolated they live in and they are being careful.”