Turning the Church Inside Out 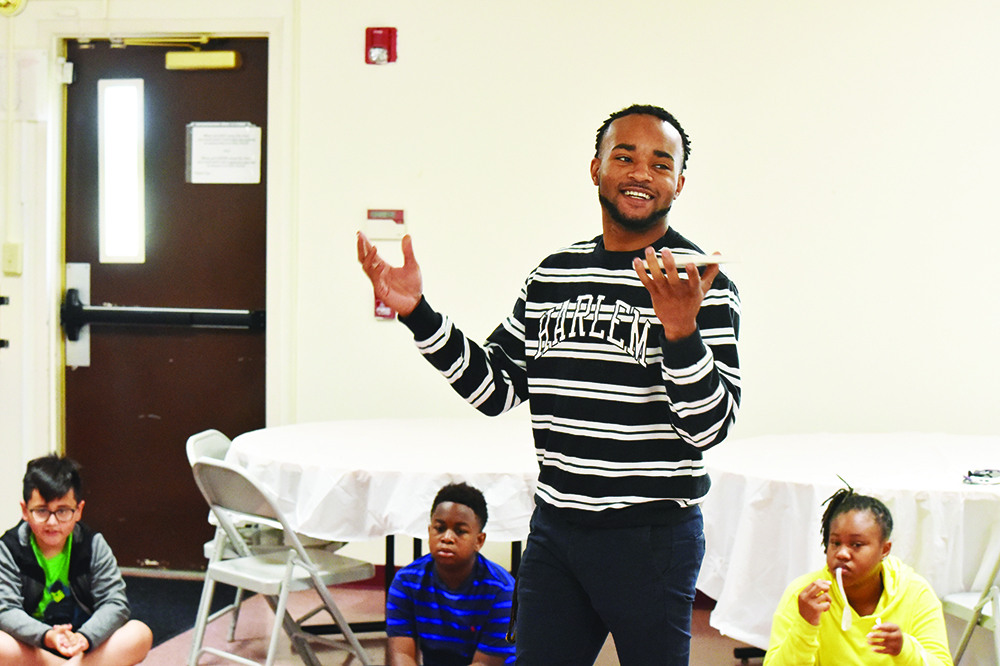 On an appropriately hot first day of July, Beloved Community UMC buzzed. As various groups headed this way and that, Rev. Kevin Kosh walked around beaming. The church was being turned inside out, and that’s just what he had been praying for.

They would have known this Monday morning because activity was happening in all directions. 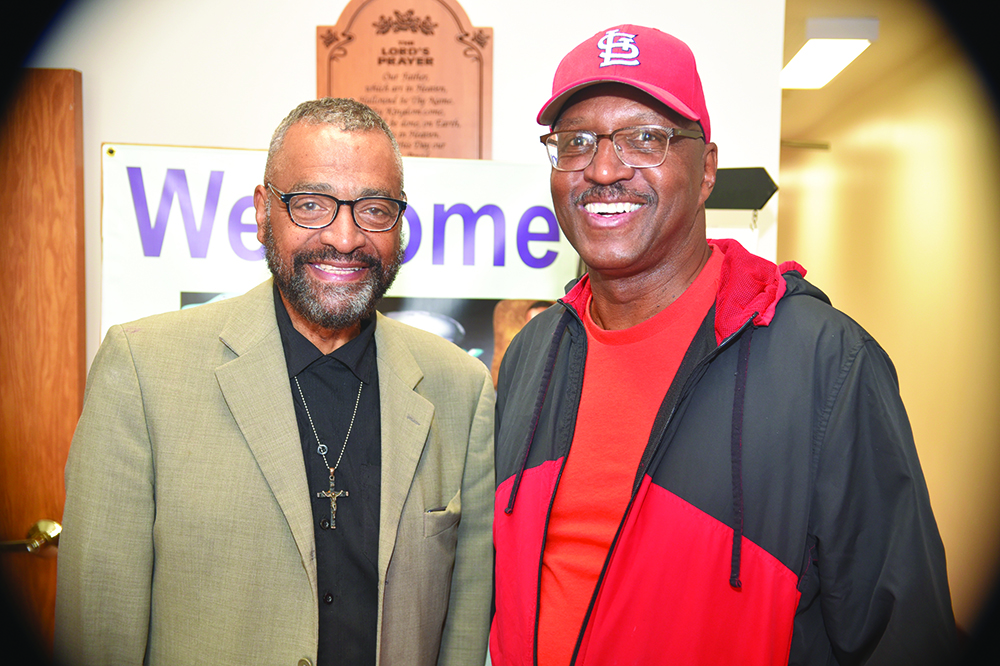 Beloved is in the backyard of St. Louis University. At the door that morning was John Gladney. He was born a few blocks from Beloved, but at age three his family moved to the Central West End. He was recruited out of high school to attend Washington University, where he earned a degree in chemistry.

“At that time Washington University had 2,700 students. Boden tried to recruit me, too, but they had 800 students and no females. I didn’t think I could do that,” Gladney said with a chuckle.

He stuck with his church through its transitions. It’s the church his grandmother attended, and his mother and father attend. On July 1 he was working a two-week shift at the door in support of what was going on in the fellowship hall. 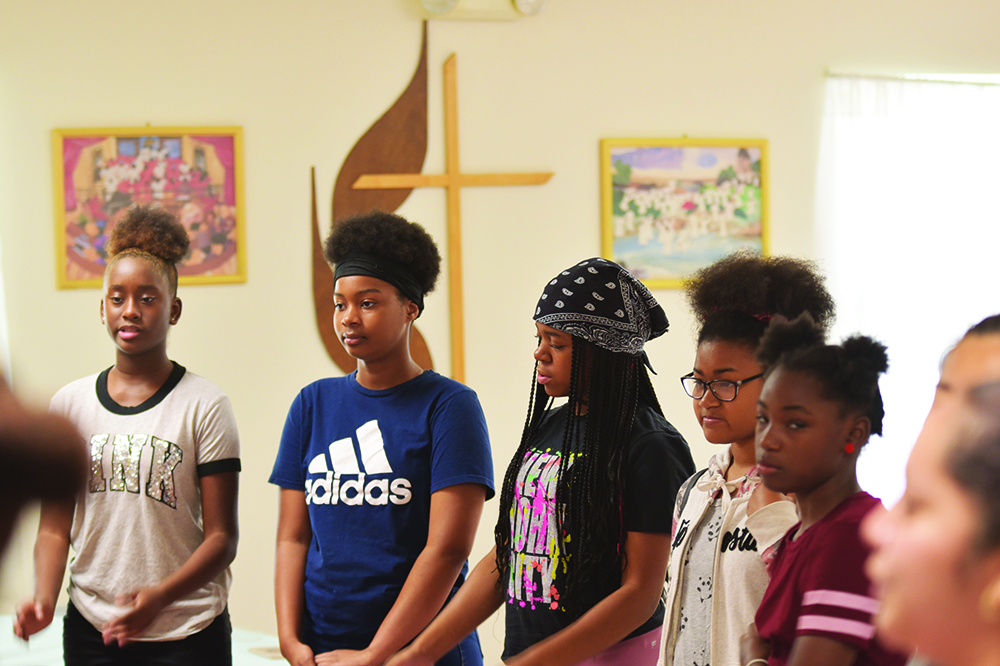 In the fellowship hall

Gladney’s main purpose at the church that morning was to be the church host for a summer school program by Lifewise, formerly known as Kingdom House. The Freedom School focuses on empowering young people grades 5-8 and improving literacy. Global Tech was also involved, teaching computer coding.

This was the third year for the Freedom School at Beloved and the first year for it at two other nearby United Methodist Churches, the Connection and Samaritan. Plans are being developed to multiply the program.

“We could have 50 sites in St. Louis,” said Scott Walker, president and CEO of Lifewise. “We’re also hoping to offer this in Kansas City and rural Missouri in the future.”

Asia Coffey is the coordinator of the Freedom School at Beloved.

“The average ninth grader at St. Louis public schools is reading at a fourth-grade level,” Caffey said. “Each summer, students lose about a month-and-a-half of learning, called “the summer slide.” That is cumulative – it adds up each summer.”

The fifth through eighth grade students aren’t the only ones benefitting. There is one college student serving as a student leader intern per 10 students in the program plus six site coordinators and assistants.

“They get to know different people with different careers and it expands their view of the world,” Walker said.

Students were meeting and preparing to leave for three days to Kosh’s 37th Annual Youth Leadership Development Institute. It started when Kosh learned, while working in campus ministry at Lincoln University, that the likelihood of whether or not someone attended college depended greatly on whether to person had ever been exposed to a college environment.

“If a student’s parents didn’t go to college, often the only thing they know of it is what they’ve seen on TV,” Kosh said, noting that on television college is often portrayed as hundreds of students in a giant auditorium listening to a pious professor.

“They are intimidated,” Kosh said. “That changes when they visit a campus, experience sleeping in the dorms and see the classrooms, many of which have a smaller class size than their classes in high school.”

Past Institutes have included trips to Lincoln University, Central Methodist University and universities in Illinois and Mississippi. This year the institute was based out of Harris Stowe University, which is in Beloved’s neighborhood and has a working relationship with the church. Interim President Dr. Dwayne Smith is a member of Beloved, and Kosh often does the invocation or benediction at events at Harris Stowe.

Kosh also knows that many students who start college become isolated and don’t finish, so he makes staying connected to family and to church part of the curriculum at his Institute.

“The students write letters home, and for most of them it is the first time they have ever written a letter to their mom,” he said.

Another component is prayer. There is a lot of prayer during the week, and the students are encouraged to do the prayer.

“We want them to practice prayer and develop a strong prayer life,” Kosh said. “If they have a good prayer life, that’s a resource for them that most people don’t utilize.”

A large banner on the church is advertising the national faith-based conference, Ending Violence in America, coming up at the church on August 8–10. Dr. Bandy Lee, a forensic psychiatrist and an internationally recognized expert on violence, will be speaking at the conference. She is currently on the faculty of Yale School of Medicine’s Law and Psychiatry Division has served as director of research for the Center for the Study of Violence (Harvard, U. Penn., N.Y.U. and Yale), co-founded Yale’s Violence and Health Study Group (MacMillan Center for International Studies), and leads a project group for the World Health Organization’s Violence Prevention Alliance.

The event is being conducted by Rev. Richard Dalton, who works with Beloved as a consulting minister with campus ministry, teaching and coordinating community outreach partnerships on issues related to nonviolence. The conference is part of the Joshua Project, of which Dalton is the national director.

Being a Monday, it was food truck day. On Mondays and Fridays the St. Louis Area Food Bank sets up in the back parking lot of the church to do food distributions. Volunteers started gathering early to prepare. Up to 400 people receive food assistance from the site.

Lloyd Ivy was on duty with his big red and white United Methodist Men’s bus. He was offering transportation for the week to Kosh’s Leadership Institute. On Friday he took the group from Samaritan and The Connection to the zoo.

Step off the Beloved campus and walk a little further down Park Avenue, and you’ll pass a community garden where Beloved tends one of the spots. It’s part of the Southside Wellness Center for senior citizens. The center is run by Allie Stewart, a member of Beloved. Inside students funded by a vocational rehabilitation program have employment for the summer.

Patricia Kosh, Rev. Kosh’s wife, was at Beloved that morning, but when school is in session she can often be found there. Beloved is part of a faith-based partnership with St. Louis Public Schools. Beloved adopted Hodgens Elementary and the local middle school. Patricia Kosh, a reading specialist and adjunct professor of reading, serves as the liaison to Hodgens. The church initially provided resources to the school – school supplies, clothing, shoes, support for the robotics program, mentors, speakers, etc. – however, the greatest need was in the area of literacy. Beloved wanted to assist Principal Kaizer in her effort in closing the achievement gap. Following a conversation with Rev. Sharon Kichline and Joan Ballam of Webster UMC, a partnership was formed. In the spring, volunteers from Beloved, Webster and Lafayette Park read once a week with a group of students. In the fall the churches will launch a formal volunteer reading tutoring program that will focus on primary grade students with the goal of one volunteer tutor per student. Parents will receive books to begin a home library and will also receive training on how to help their children become successful readers.

It all adds up to a lot of activity around a church with a small congregation.

“We’re very intentional about the church being the church outside of walls,” Kosh said.
News