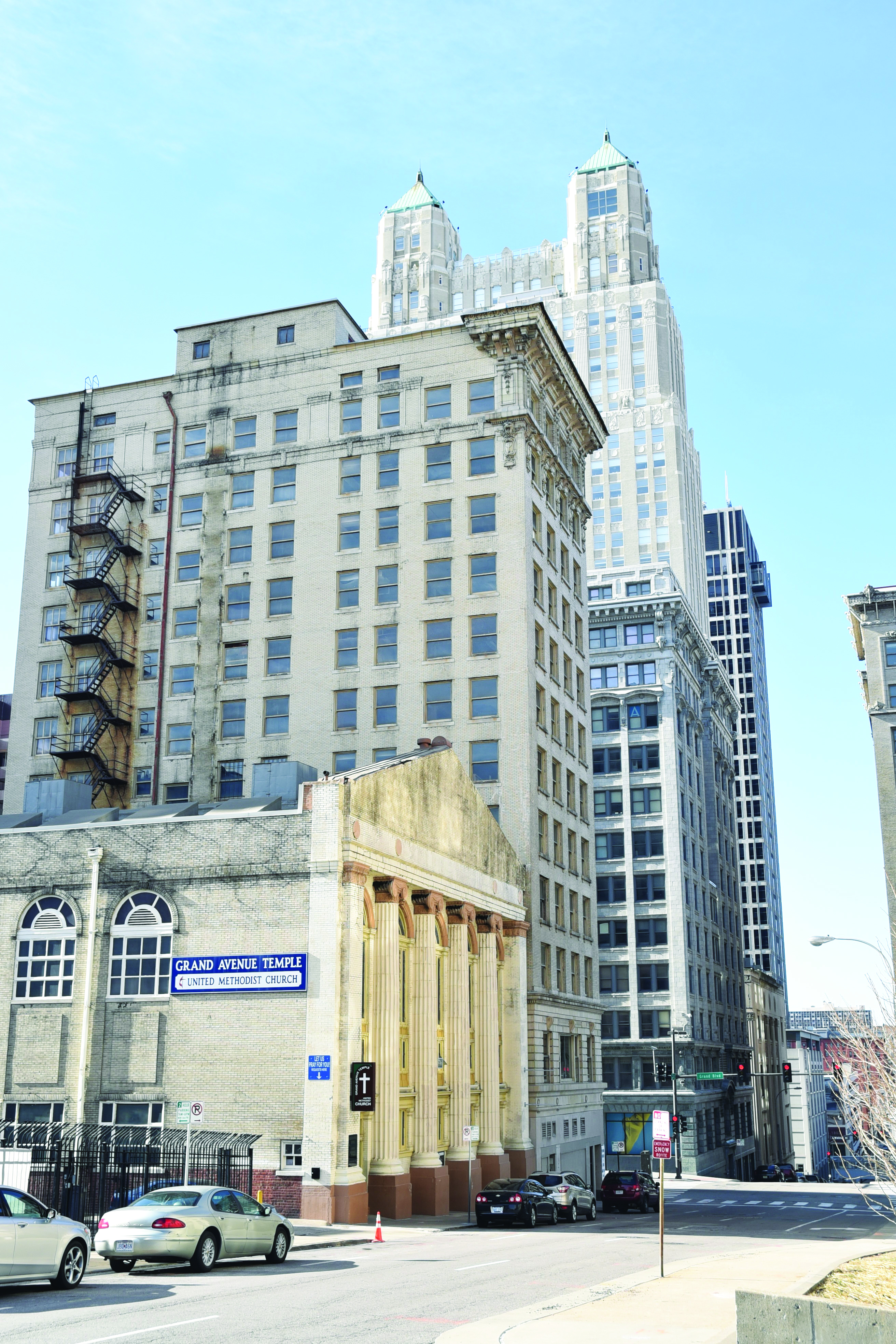 A dozen churches from all over the Missouri Conference embarked on the MKI process last year. You can drive by three of them in less than 35 miles in the greater Kansas City area. Each has a rich history, and are taking steps to establish a bright future.

Keystone
Keystone is a historic United Methodist Church in the Kansas City neighborhood of Waldo, and is part of a two-point charge with Revolution in Westport. The church has just undergone a structural change in which the associate pastor at Keystone is now the site pastor for Revolution. It had a pastoral change followed by multiple interims, resulting in five different pastors in 18 months.

MKI came at a fortuitous time for Jones. He had already initiated conversations around long-range planning with the church board, and MKI lined up perfectly.

“We had recognized that we are at a transition point, and this looked like a way to revisit our mission and vision and receive outside support for that process,” Jones said.

Churches received a letter from Bishop Farr encouraging them to take part in the Multiplying Kingdom Impact process.

“I was excited about having a process for discovering our skills and gifts for reaching our community,” Jones said.
Jones participated in the Emotionally Healthy Spirituality process online with other MKI pastors.

It was facilitated by Rev. Curtis Olsen in Columbia. He had seen HCI from the sidelines as a member of churches engaged the process. He liked how MKI puts more responsibility on the local church for determining the recommendations.

“Most of the people in our congregation have a geographical connection to this church, which makes it both easy and difficult to assess the community,” Jones said. “Our congregation loves Waldo.”

Waldo has gone from being a rural outpost, to city, to inner-city, to an inner-city suburb. For more on Waldo, view the documentary at www.youtube.com/watch?v=S-pfgtcdE0s. The church now leases part of its building to a Waldorf school, along with other community-centric organizations.

“More than people or money, what our church has to offer our community is space,” Jones said. “It’s a fine line, avoiding worshipping our building and instead fully using it to worship God.”

Grand Avenue Temple
Drive northbound from Keystone on US 71, and when you get to downtown Kansas City you see a highway sign that says “Business and Financial” that points you toward an exit.

It is also pointing you toward Grand Avenue Temple. The historic church with an enormous sanctuary and a famous pipe organ, like many urban, downtown churches, has primarily served a homeless population for several years. It was recently designated as a “Mission Church.”

“At first there was some pushback here about that,” Rev. Cherryll Doughty said. “People were concerned that it meant we aren’t a real church.”
In a very practical sense, it means the church is not expected to pay apportionments to the Conference at the same level as other churches. Grand Avenue Temple has about 25 active members who regularly attend and support the church. The single board church model sets the number at 9 – 15 board members. Doughty is finding it hard to get to nine.

“Many people were here for the food and clothing,” Doughty said. “The ones who remain here are here because they want to be here.”

Doughty has been at Grand Avenue Temple for three years. She wanted an urban church where she could roll up her sleeves and get to work. She was warned by her District Superintendent to be careful what she hoped for. Grand Avenue Temple was more than she had bargained for, but she was grateful that Rev. Tina Harris was able to work with her for three months, shepherding her through the pastoral transition.

There are the hard times of dealing with people who are unruly due to their mental illness or substance abuse. Then there are practical challenges, like crafting a sermon to such a diverse congregation.

“How do I preach a sermon that is relevant to both the pharmacist and the meth addict who are sharing a pew?” Doughty asked herself.

Doughty had been challenged by church leaders to come up with the multi-year plan for the church, but she found this to be a daunting task while serving as pastor of a church with so many of the congregation in crisis.

“It’s hard to have a church meeting in the evening when your people have to be checked in at the shelter by 4 p.m.” Doughty said.

Usually after worship on Sunday people would head for “the Gold Dome,” the downtown catholic church that offered meals on Sunday. So for the MKI process, they found offering sandwiches at a meeting gave people an opportunity to stay.

“The MKI process has been a great way to get more of our congregation, including homeless people, involved in church leadership,” Doughty said. “When our leaders all met with the coaches, they (the church leaders) realized they didn’t even know each other. We now know we have a lot of work to do.”

Doughty has been talking about the MKI process from the pulpit on Sunday morning. One young adult, a college student from the University of Missouri – Kansas City, got excited about the opportunities MKI presents. He is now on the church board.

“It’s the first time I know of that we’ve had someone under the age of 25 on the board,” Doughty said.
Grand Avenue Temple is at the front of Phase 3 in the MKI process. At the end of January Heartland District Superintendent Jim Simpson and the coaches working with the church are meeting with the church board to discuss recommendations and next steps.

Platte City
Head out of downtown Kansas City up Interstate 29, and you’ll soon pass the little downtown airport. Keep going, and you’ll get to the “real” Kansas City International Airport. Barely past that airport is Platte City.

The church there dates back to before the Civil War, and the community around it is now one of the fastest growing counties in the country.

At six-months into his appointment, Rev. Scott Bailey-Kirk was ready to roll out his own plan to Platte City regarding his ideas about how the church should move forward. Then the church was invited to participate in MKI, and he was grateful.

“MKI has given us more structure to develop our plans,” Bailey-Kirk said. “I really appreciate that the local church board is more involved in the decision-making process. This is a guided process, and the church takes ownership.” Unlike Keystone and Grand Avenue Temple, Platte City UMC feels new, even though the newest part is about 15-years-old. All four of the church “mystery shoppers” who visited it as part of their consultation process gave it high marks for hospitality. Platte City just finished their Emotionally Healthy Spirituality study with the leadership council.

“The book lends itself to asking provocative questions relating to exploring healthy spirituality,” Bailey-Kirk said. “As clergy, we need to remember to be more about spirituality than methodology.”
News