Statement By Bishop Robert Farr On Insurrection At The Capitol

What happened at the U.S. Capitol yesterday was un-American. It was not okay. Even as we affirm the rights of freedom of speech and to peacefully assemble, the peaceful transition of power is a pillar of a democracy and nothing must disrupt this process.

What happened was beyond alarming, but perhaps not surprising. People of the Word know that words have consequences. The President of the United States and key members of his party, including Missouri Senator Josh Hawley, have been whipping up fear and anger among their radical supporters for weeks, months, even years. This is not to say that all leaders of one party or the other conducted themselves in this way. Many have carried out their work with dignity and we saw that last night on the floor of Congress. I name only the inflaming language used by some in trying to subvert the outcome of an election. I condemn the abuse of power and rhetoric from leaders inciting violence, division and anarchy. I call on all to work for justice and the common good of the country and our democracy.

I am proud of the Congress for reconvening their work so quickly. Whether you agree or disagree with the outcome of the election, they showed courage and fortitude in gathering to do the work of the people after such a traumatic day. Elections always result in disappointment and hurt feelings, but that is never a reason to violently threaten our democracy. The people have spoken, we must allow the work of democracy to go forward.

I trust our democracy. It is messy and often broken, but it is ours and we must protect it. The Church has a role in standing up to violence. Join me in praying for those who died and were injured in the unlawful actions, including the loved ones of a woman shot and killed in the violence, for first responders, for our legislators and their staff. My colleague, Bishop LaTrelle Easterling of the Baltimore-Washington Conference, called us “to transcend fear and to resist the temptation to seek the reassurance of easy answers. Followers of Jesus Christ must prophetically embody, in word and deed, the precepts, practices and promises of the Gospel message. It is a message of love, but a love that speaks truth and stands against immorality.” People of the Word, let us use our words for messages of love and may our actions reflect the message of Christ.

I know the news coming from Washington and around our country is disheartening. The increasing division, persistence of unfounded conspiracy theories and growing radicalization among us are scary. But, sisters and brothers, let us not grow weary of doing good, for in due season we will reap, if we do not give up (Gal. 6:9). And, for the many of us who are beyond weary, exhausted and broken-hearted, trust in this promise, Jesus says to come to him if we are weary (Matt. 11:28). It is there, at Jesus’ side, that he shares his yoke with us, teaching us that his words and actions are often the rest and the life we need. 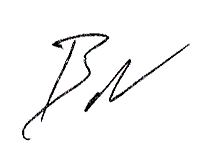