Small Groups in a Big Way 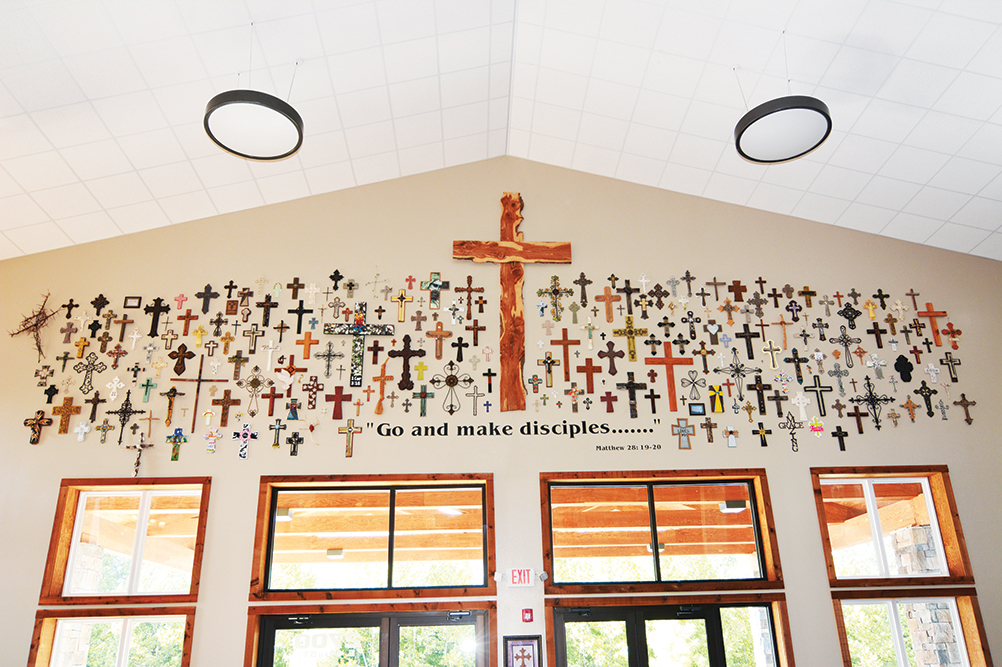 The crowd that filled the parking lot at Christ Community UMC in Joplin on October 3 would be enviable at many churches on Sunday morning, but October 3 was a Wednesday. The church has developed small groups to a degree that it packs the house mid-week.

The evening gets going at 5 p.m. with Pa’s Kitchen, a home-cooked meal of comfort food like roast beef, fried chicken and mashed potatoes and gravy. First time visitors are free, adults pay $5, children pay $3 or families can pay $16. Attendance at the meal ranges from about 150 to 300.

But people are still coming in as the meal comes to a close. They’re there for a wide selection of small groups. Small groups have been a big part of Christ Community since the church was started by Rev. Chris Sloan 28 years ago in a storefront in Joplin. 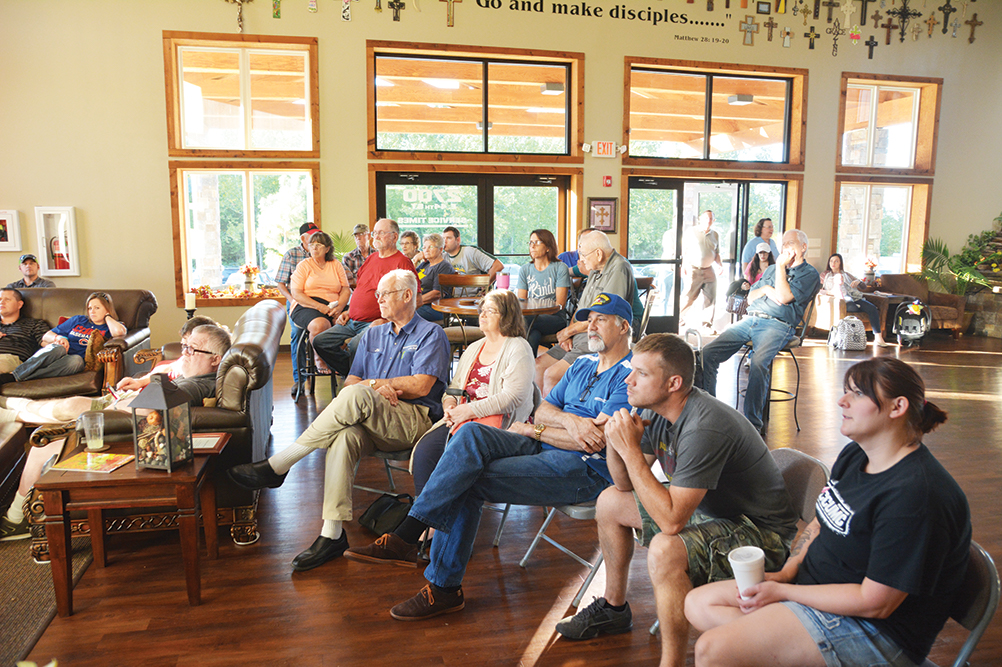 When one table of two couples near retirement age were asked which small group they were going to after the meal, they were all heading in a different direction. One was headed to a Bible study on the Book of Daniel, led by associate pastor Ty Walkenshaw, one was going to Reclaiming the Lost Art of Biblical Meditation led by Rev. Bob Dart, one was going to Biblical Truths in a Modern World by Ben Leavens and the fourth was bound for Having a Mary Heart in a Martha World by Pam Dart.

When they made their choices, they were missing out on Financial Peace University, What Does it Mean to be a Methodist?, God is Not Fair: Finding Hope When Life Doesn’t Make Sense, and the CCUMC Iron Men group.

Pathway to Starting a Small Group

Small Groups
A group of 3-12 people that gathers at least twice a month to experience what it means to Know, Care, Grow and Share. 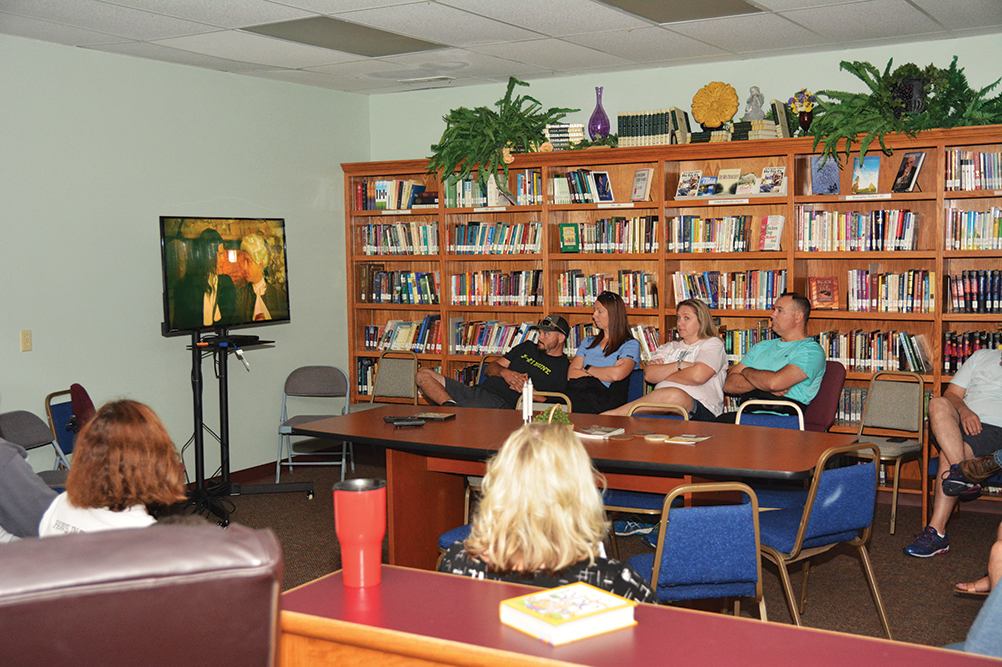 Small groups aren’t just Wednesday evenings, though. The church also has a robust Sunday morning Sunday school. Sloan said he’s been asked by other pastors how he gets his people involved in small groups.

“We promote the groups in Sunday morning worship,” Sloan said. “That’s the main way we get the word out.” There’s also Judo classes at the church on Thursday nights, and a wide range of activities for children and youth, including a kayak camp on the river that has about 80 participants. The church now has a fleet of four vans for its children and youth activities, and could use more.

“This church is very active,” said King. “That’s what I wanted in a church when I started coming here. The doors are hardly ever closed. There’s always something going on here.”