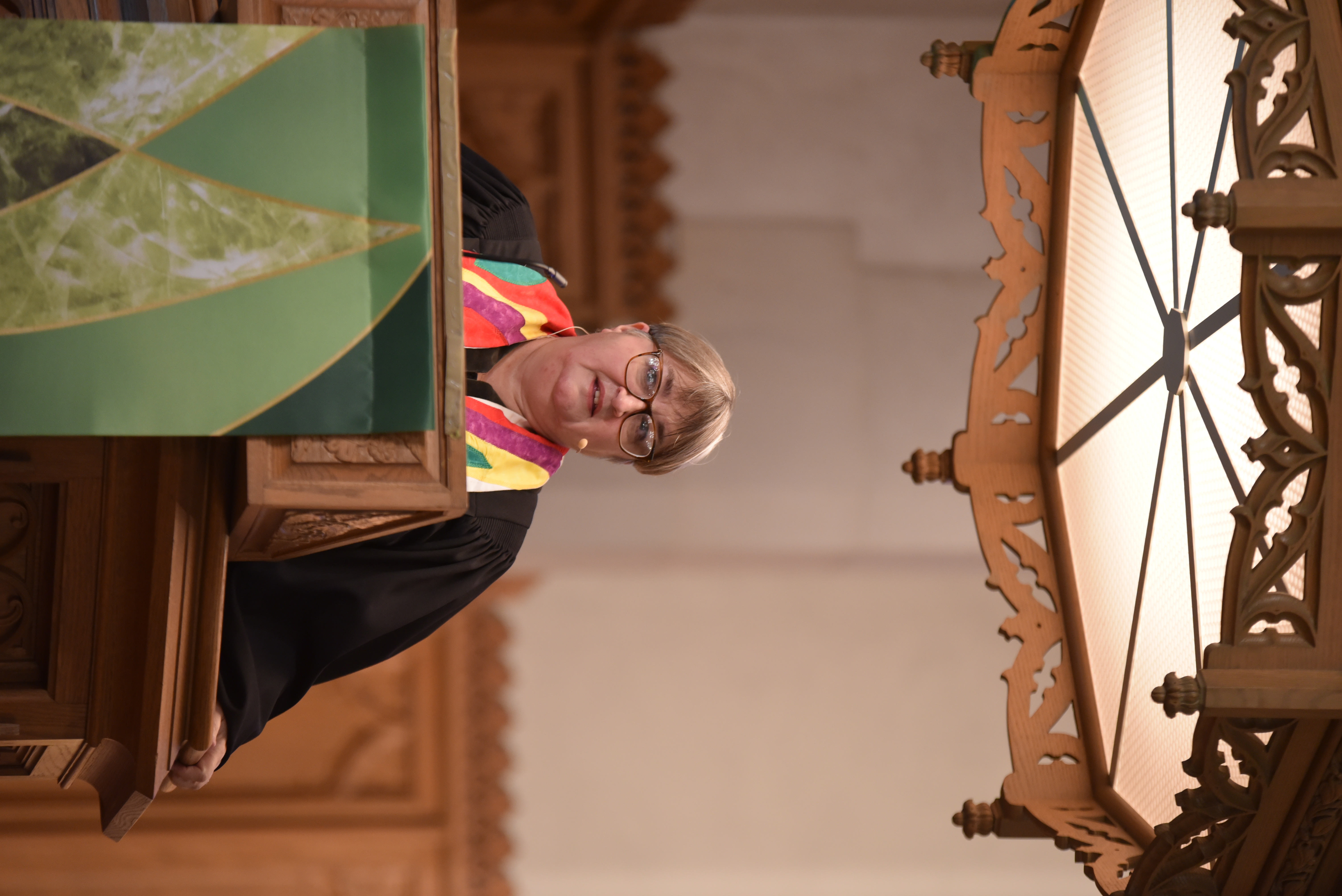 Robin Bell’s personal mission is to create enthusiasm for learning and living the Gospel of Christ. She plans to continue to do that as the new Gateway Central District Superintendent.

One thing that can squelch enthusiasm is fear, and fear is what she confronted in her sermon at her installation service at Webster Hills UMC on November 10. After a familiar tune from The Wizard of Oz on the piano, Bell pointed out how distinctive the lion was in the story.

“The cowardly lion is the only one who always gets a descriptor added to his name. We never say the brainless scarecrow or the heartless tinman,” Bell said. “The king of the beasts hides behind his fear.”

The church is in need of courage, Bell said. The call for courage doesn’t come when everything is easy-peazy.

“We can be savvy and suave, but at the time when we lose our nerve we need to know God is among us today,” she said. “He continues to whisper in our ears, although some of us need a brick dropped on our head to notice it. He says, ‘I am with you now as well’.” Bell listed several things at hand that require courage.
Dealing with macro issues in the denomination.
Confessing that personal preferences sometimes push aside Jesus.
Recognizing you’re trying to reach a mission field that no longer exists.
Pulling your head out of your past to face the reality of today.

“We don’t serve an old, old story, we serve a living savior who is in the world today,” she said.

Bell referred to the John Wesley Quote: “Give me one hundred preachers who fear nothing but sin, and desire nothing but God, and I care not a straw whether they be clergymen or laymen; such alone will shake the gates of hell and set up the kingdom of heaven on Earth.”

Bell called on those gathered to move forward with courage, and to quit acting as if we have nothing to give, as if we are ashamed of the church, as if Jesus was not real. No matter what happens, God is with us. We will be the church. “There are people who are desperate for community. Nothing is going to change that,” she said. “Get with it.”

She enthusiastically concluded her message instructing those gathered to raise a little heaven on Earth, and to fear not, because someone out there needs Jesus. “May our table be lone and wide, and may there be no one without a place,” Bell said.
News