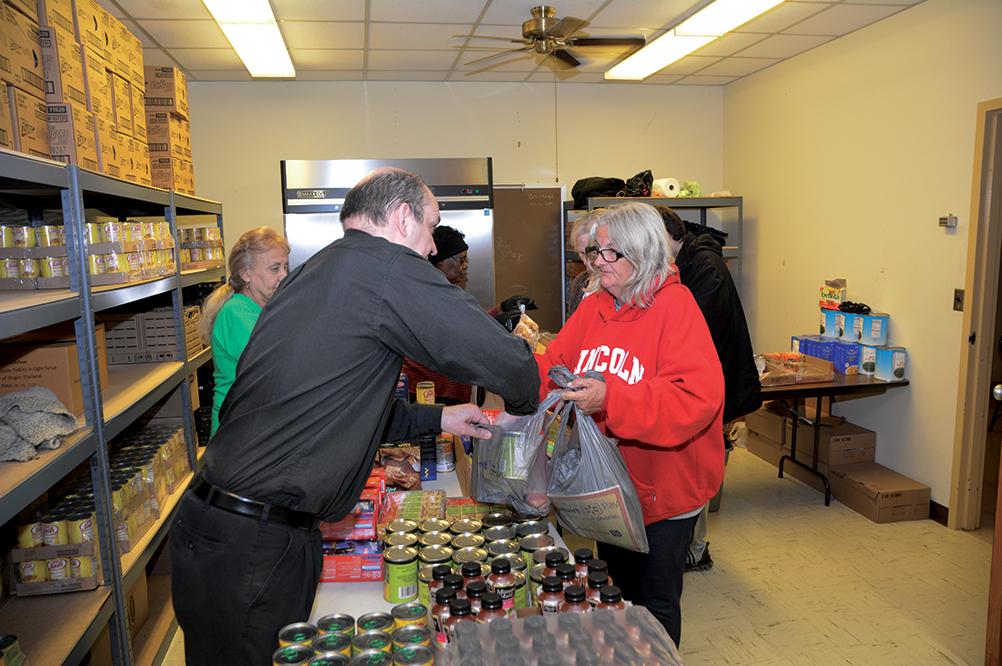 Court Street UMC in Fulton is addressing food security, with some literacy and community engagement added as well. How they got there wasn’t according to plan, but it progressed naturally.

In 2016, Court Street UMC did a Lenten study based around F. Willis Johnson’s book Holding Up Your Corner. The study prompted them to consider the primary need in their immediate community, and they found it to be food insecurity.

Soon after that, the New Beginnings Church of Christ, which had hosted a food bank, burned down. Court Street started helping out by hosting a Central Missouri Food Bank mobile food pantry on their property. They included community volunteers from outside of their congregation. They soon developed an in-house food bank to better serve people in need, using money they had on hand in a benevolent fund to install a large cooler and shelving. Now on the third week of the month they go to Columbia on Tuesday to get food from the food bank, go to Wal-Mart on Thursday to receive food the store is giving away, and distribute the food at the church on Friday from 2–4 p.m.
Beginnings Church of Christ now does the registration for the food distribution at Court Street UMC. 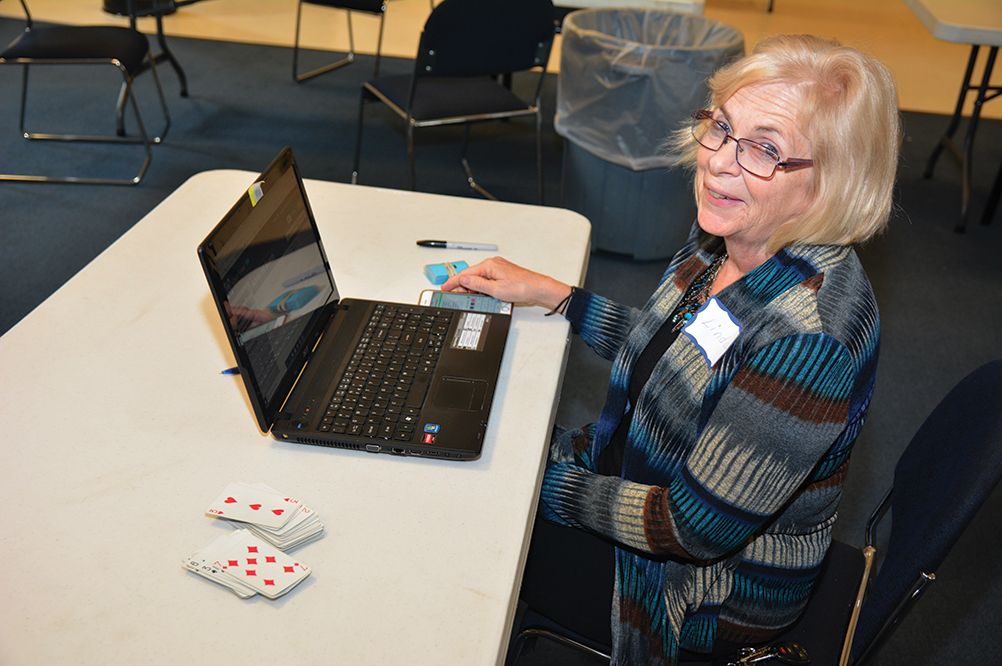 “I’m thrilled the Methodist Church was able to step in and pick up this ministry when our church burned,” she said. “This is a very nice facility to do this ministry.”

At the previous location people had to lineup outside the door. At Court Street UMC people come into the fellowship hall to wait. They are given numbers when they come in and are called up to go through the food distribution a few at a time.

“The number system allows for more interaction and engagement with people,” said Linda Rootes, a Court Street UMC member, who is coordinator of the food pantry. “Before we started doing that people were nervous about losing their place in line.”

The church typically serves about 85 families through their food distribution, but has had as many at 125. During registration families are given a card from a playing card deck. Large families get a heart or diamond (red card), and small families get a spade or club (black card). The amount of food they receive during the distribution is according to family size, with three or fewer people being categorized as a small family and four or more being categorized as a large family. 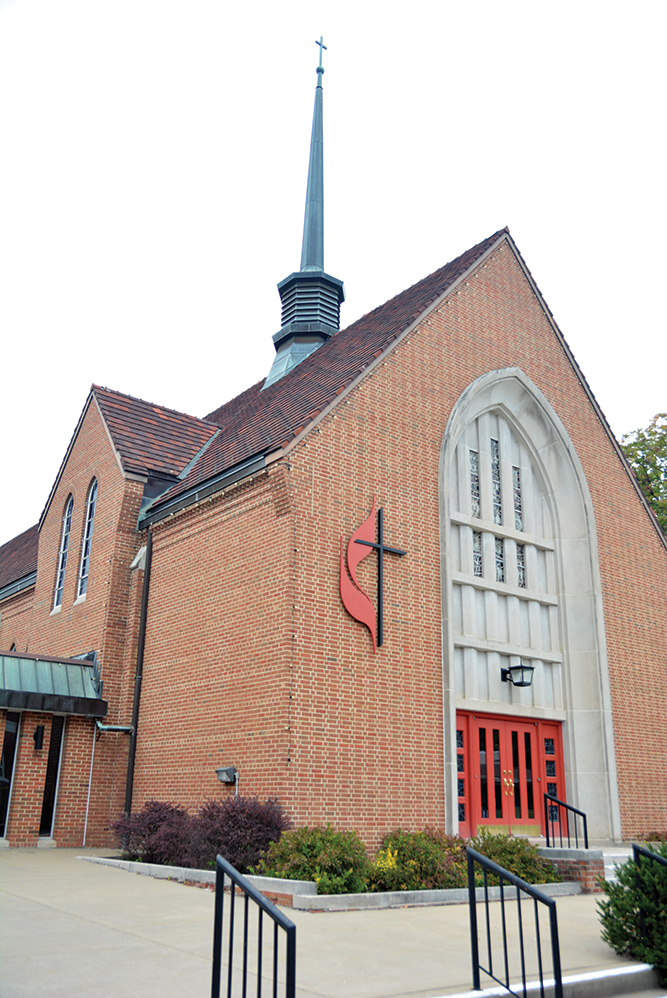 The local library has donated books to their program, so they do some reading with the children that come to the food distribution and send them home with a new book. Literacy studies have found that having books in the home contributes positively to children’s literacy. Linda Mealy is present to read to and with children as they wait for their parents to go through the food line. She has a lot of children there in the summer when school isn’t in session. She has been part of Court Street UMC her whole life.

“I like having an opportunity to make a positive impact on children’s lives,” said Mealy who also heads up the church’s Baby Grace ministry.

Nancy Strobel attends the Catholic church in Fulton but comes to Court Street to help with the food distribution. She was invited there by friends she worked with making meals in the soup kitchen.

“You develop friendships when you work together,” Mealy said. “We like having people from other churches join us for this, to spread the opportunity around a little bit.”