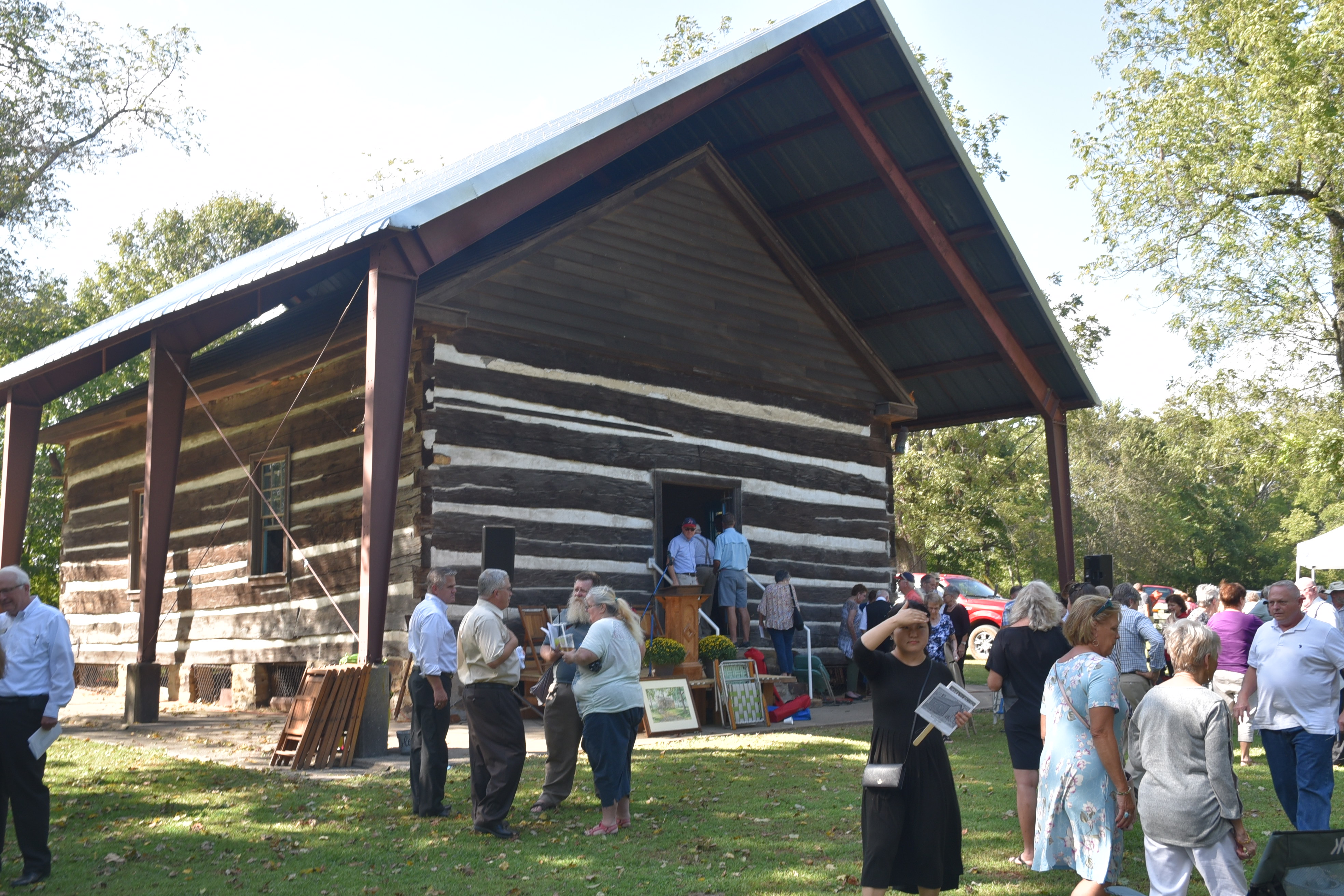 No matter how you count it, 2019 is a special year for Old McKendree Chapel near Jackson. It is 200 years after the chapel was built, and 200 years after the first annual conference was held in Missouri at the chapel.
The Methodists roots on the chapel’s grounds go back even further, with a camp meeting organized there in 1806, and a class organized in 1809.
Flash forward two centuries, and the Chapel still sees a lot of use. In It had hosted four weddings this year before the bicentennial, and three more scheduled after. It was on the local tour of historic churches this past year, and has been a meeting place for the UMW and other organizations.
On September 22 the grounds were filled with crowds celebrating the chapel’s bicentennial. The chapel has been well preserved, and improvements continue to be made on the grounds. A new master plan, funded in part by the Missouri United Methodist Foundation, calls for an additional investment of $525,000.
Southeast District Superintendent Bruce Baxter encouraged those present to support the effort.
“Think about all of the people who have been committed to preserving this resource for the past 200 years,” Baxter said. “My prayer is that we will give sacrificially to this effort.”

Rev. David Conley is pastor of Centenary in Cape Girardeau, and is also a descendant of one of the founding families of Old McKendree Chapel. He offered the opening prayer at the service, asking for God’s guidance in remaining faithful to the heritage of the past while not being stuck in the nostalgia of it.
Robert Williams, Retired General Secretary of the General Council of Archives and History was present. He implored those gathered to stop, look and listen, asking them to stop from the business of their lives. “Listen not just to the wind in the trees, but also to the Holy Spirit,” he said. “This is a national landmark, and landmarks help us find our way.”
Bishop Farr described how Old McKendree was a launching pad, directly responsible for the spread of the Methodist movement into Arkansas, Missouri and Oklahoma.
“The Methodist church would not be what it is today without the courage of the people who met on this soil,” he said. “Today the world is in need of people to breathe the fresh air of the spirit across the highways and byways.”
Farr reminded people that it is not enough to have a relationship with God, they must also have a relationship with their neighbors. He summed Methodism up into four points. If you stop being saved, you begin backsliding. We’re always in the process of being saved. It’s a walking around kind of faith.
“I’m a fourth-generation Methodist,” Bishop Farr said. “I’m not just proud, I’m deeply grateful. I feel an obligation that this faith tradition that we’ve inherited is passed on to the next generation. Don’t you wonder how many tears were shed here? How many people gave themselves to Christ? How many lives were completely turned around? These people evangelized to the world. My question to you now is, ‘Are you
going to?’ It’s a different world now than it was then, but in their time it was a different world for them than the people who came before them as well. I beg you as your bishop, do whatever it takes to reach people,” Farr implored.
With a nod to the divisions being discussed for the upcoming General Conference, Bishop Farr reassured everyone that God has a plan for
who we need to become.
“Let’s not worry so much about who we might lose, but let’s rather consider who we might gain,” Farr said. “Who might we be able to reach that we haven’t been reaching before. Hear the voices of the Methodists who came before us calling us to a new way in a new day.”

For more information on Old McKendree or to make a donation go to http://oldmckendree.org/.

To view more photos from the Old McKendree Chapel anniversary go to https://www.moumethodist.org/photoalbum/12984327.