New Is Easier Than Change 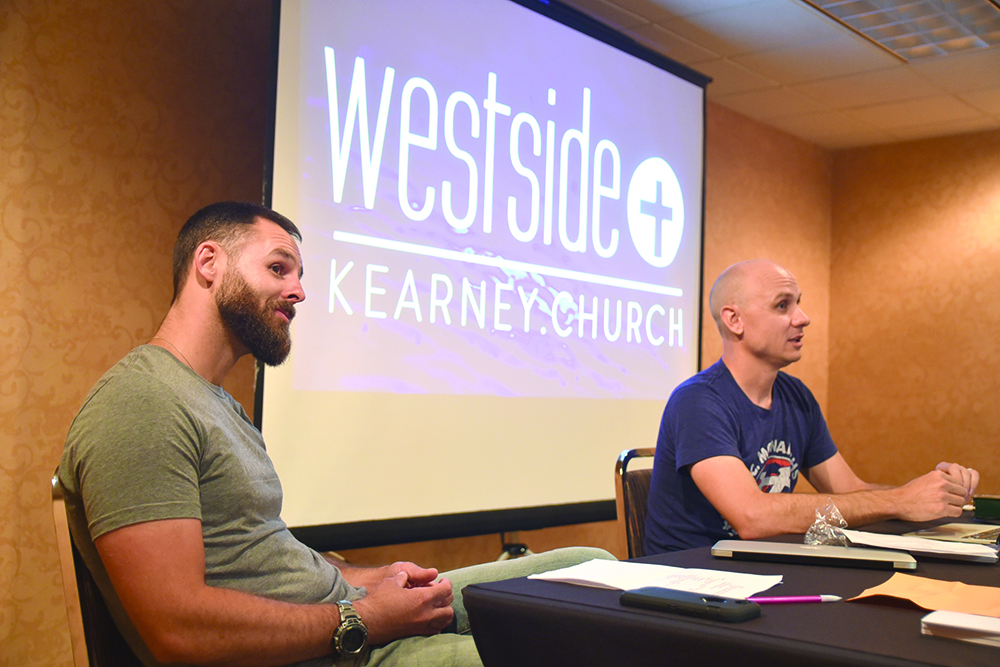 Energy needed to create something new is less than energy needed to create change. Campus pastor Mitch Buhman credits Rev. Spencer Smith with that statement. They both agreed it was a motivating factor of why First UMC in Kearney launched a new site. The two were conducting a workshop on multi-site ministry the evening before annual conference started.

Smith explained the statement using coffee. Like many churches, First offers coffee in the morning as a means of hospitality. Recently a few people in the church started considering upping their coffee game – a different brewing method, a higher grade of coffee, different cups. That brought up a lot of questions. What’s wrong with Folgers? Why have paper cups when Styrofoam are cheaper? What if the faithful servant who has been taking care of the coffee for years is offended or feels unappreciated at new people taking over? Isn’t our coffee fine the way it is? We are giving it away for free.

“It made me think how if it takes that much energy to change coffee, how much energy would it take to change something that is actually significant?”
Smith said.

First is 150 years old and has been in its “new” building since 2001. Smith was appointed there in 2012. He describes it as a church with a tremendous legacy but not necessarily one that is steeped in innovation. The congregation size had plateaued to around 400 people in 2009.

They tried starting a new worship service in a prayer room. It built some momentum and had more than 50 people in worship. At that point Smith started talking to his district superintendent, expressing that he thought the church was ready to start something new.

That worship service in the prayer room became the incubator for the new site launch team. The new service was launched at Dogwood Elementary School, just four miles from the (highway) 92 campus. The site is called Westside.

The church pays the school $25 per hour per room used. Worship is in the gym. They set-up pipe- and-drape to manage light and sound and give the worship experience a more intimate feel.

Smith credits Buhman with being cheap and keeping the budget in order. The initial bid for lights, pipe-and-drape and sound came in at $68,000. They said no thanks and went to work on putting what they needed together themselves.

They paid $5,000 for sound board. The quote had them spending $5,000 just for the sound board controller. For the controller they use an iPad. Rather than $32,000 for lights they spent $4,000. They did pipe and drape themselves and found chairs at half price.

They did splurge on the coffee, upgrading to Kansas City Roasterie, served in real mugs. After the service Buhman takes the mugs home to wash them.

“It takes eight minutes,” he said.

All of the equipment is kept in one locked trailer. It’s like backpacking. They don’t want to move around extra stuff. If something is in the trailer for a couple of weeks without being used, it comes out of the trailer.

One advantage of using rented space is that they are coming into a clean space each week.

The work involved has been a part of fellowship for the worship team. From the first Sunday people have stacked their own chairs after worship.

“You get instant involvement from people on their first day there,” Smith said.

The new site has certainly helped First break past its plateau. So far this year the church is averaging 550 in attendance.