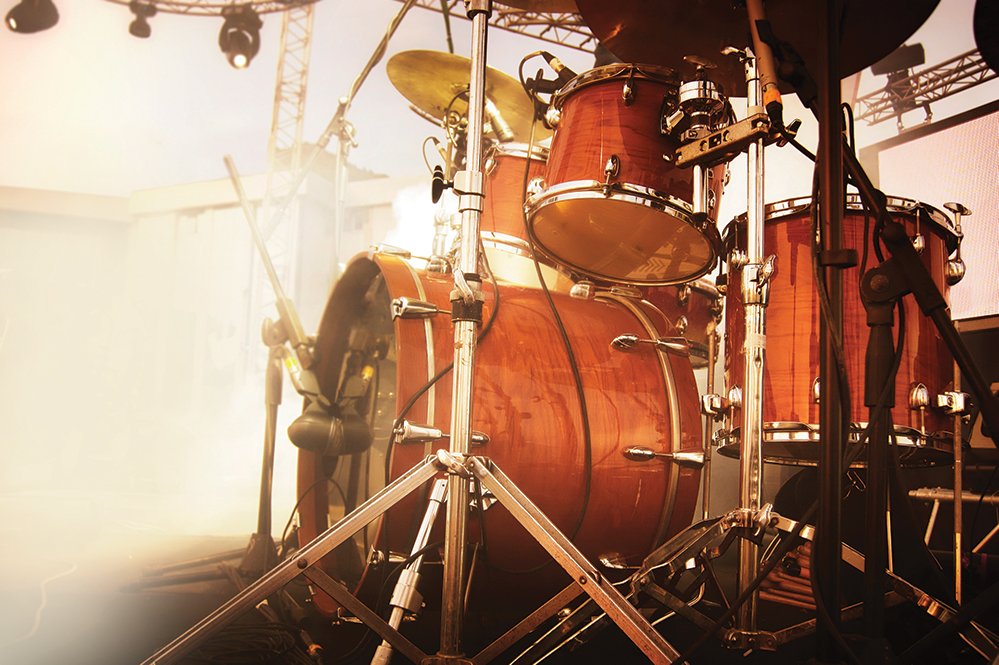 For the last two months, we’ve been discussing the role of different instruments within the worship music ensemble. We began with the acoustic guitar, emphasizing the harmonic and rhythmic role of the instrument. Last month was a follow-up involving the bass guitar. This month, let’s talk about drums.

Most people know that the primary role of the drum set is to keep time for the ensemble. However, the drummer has many other roles that are often sorely neglected by novice to average players. Good drummers also have the capability of controlling and developing dynamics of a song more than almost any other member of the team. However, don’t be mistaken — bigger dynamics do not necessarily mean that the drummer is required to play louder. Dynamics can often be more effective if drummers or percussionists experiment with how “busy” they are playing rather than how loudly or softly they are playing. For instance, a quiet section might benefit most from the drummer playing quarter notes on the hi-hat only or even not playing. A louder section of a song may include a drum beat that has more complicated rhythms involving different drums from the set or a busier pattern, so to speak.

The second role of the drummer is to emphasize the bass line. For my novice drum students, this is the part of the job they most often neglect. Drummers and bass players either forget to play with each other, or drummers get too hung up in what they’re doing with their hands and leave out the kick drum. The kick drum should be the most prominent sound produced by the drums, and it should be playing rhythms that are similar to the bass player. Don’t forget the kick drum!

The next role of the drums in any commercial style music is to guide the band through transitions between sections.

As an example, some sort of fill needs to occur just before a new part of a song. Between a verse and a chorus, between a chorus and the bridge, between repetitions of the bridge, etc. One of the easiest ways to spot a novice drummer (or one that doesn’t know the song they’re playing) is that there isn’t enough of a difference between sections, or the transitions are not musically dynamic.

The final role that we can talk about this month is the role of the drummer to stay out of the way of the vocals. This is an absolute must. We’ve all heard the drummer that plays too busy all the time, but one that plays on top of the lead vocals is just wrong. Remember, the vocal melody is the priority of any style of worship music, so don’t get in the way of it.

Thanks for tuning in this month! If you have any questions or comments, I’d love to hear from you! You can contact me at any time via email at rmclouth@centralmethodist.edu or by phone at 660-651-9964.