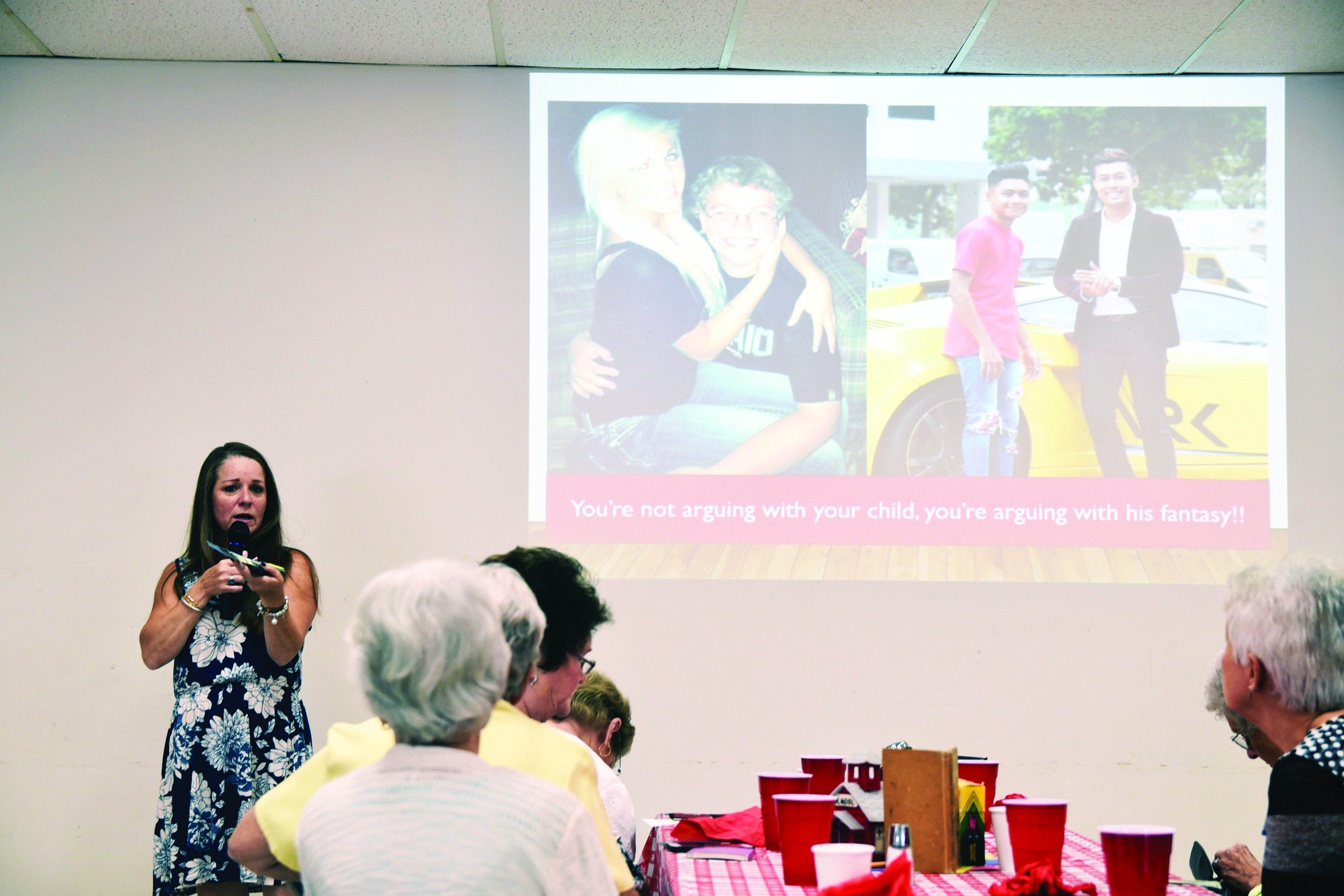 Christine McDonald spent more than two decades in a crushing cycle of human trafficking, prostitution, drug addiction, homelessness and incarceration. She was finally able to turn things around, and now dedicates her life to helping others in a similar situation and sharing her own story.

Of her time on the streets, 17 years were in Kansas City. She was one of the speakers on a panel at the Missouri Attorney General’s Human Trafficking Task Force last year, and shared things she has seen from people trying to help.

“Well intended people not understanding the culture can put the very people you are trying to help in harms way,” McDonald said. “You need to build relationships.”

McDonald advised those who were doing direct outreach to people on the street to respect the idea that as a volunteer, you are going into someone else’s space. Be mindful of their time. Dress like other people in the community. Be aware of potentially making things worse.

“Don’t hand someone a flier that says ‘Are you being trafficked?’ She might get beat up if she gets caught with that,” McDonald said. “If they are looking around and not making eye contact, respect that and keep moving. They will invite you into conversations when they are able to.”

McDonald said many of the women on the street don’t value themselves enough to consider themselves a victim, and often the justice system doesn’t help that.
“Many say, ‘The police arrested me, not my trafficker or my client – so how could I be a victim?’” she said.

McDonald and the other panelists were speaking to a room full of organizations from Kansas City, St. Louis and Springfield that are involved with combating human trafficking. Helen Taylor, director of intervention for Exodus Cry, was also one of the participants. She was sharing an intervention manual and kit to offer training about trafficking intervention.

“Exodus Cry has been doing outreach to this population for more than 10 years in seven countries,” Taylor said. “We put together these resources to prevent other churches and teams from making the same mistakes.”

Some United Methodist Churches in Missouri have taken the first step of educating themselves about human trafficking. On August 15, September Trible, executive director of Restoration House in Kansas City, made a presentation to the UMW circles from Grace UMC and Oak Grove UMC at Oak Grove. Trible expressed appreciation for the churches taking interest in a dark, difficult topic to discuss.

“As a church we need to be aware,” Trible said. “The Lord told us to be the watchmen on the wall. We need to be his hands and feet.”

Trible defines human trafficking as the exploitation of vulnerability that leads to indignity and trauma. She does a lot of work in trying to aid victims of Domestic Minor Sex Trafficking – DMST. She said that although many people fear stranger abduction of their children, most of the victims are being trafficked by family (36 percent), friends of family (14 percent) or boyfriends (27 percent). She has worked with more than 400 victims since 2011. Only three of those had been abducted, and two of those three were abducted during an unauthorized border crossing from Mexico.

Being in the Midwest doesn’t insulate children from trafficking, it just puts them at the crossroads.

“Children’s Mercy hospital in Kansas City is in the top 5 percent of hospitals in the country for treating victims of sexual assault,” Trible said.

Last year Major Valeria Carr, a commissioned officer (ordained minister) in the Salvation Army, did a presentation on human trafficking to the United Methodist Church in Shelbina. Concerning sex crimes, she encouraged those present to carefully consider their own attitudes and reactions.

“When you hear the word prostitute, the word you should associate with that is victim,” Carr said. “It takes a certain level of trauma in someone’s life before they get to that place.”

She noted how 33 people were arrested in a prostitution raid in Hannibal two years ago, and there have been multiple arrests in Quincy, Ill., and Columbia in that time frame.

“It’s happening right next door. We can’t afford to be ignorant,” she said.

Studies have found one in three homeless youth are approached within 48 hours by trafficker, she said. It also found 83 percent of trafficked youth were foster kids. Someone promises love and care in exchange for service, and the exploitive relationship is formed.

“If you know a young woman or young man who is struggling, reach out and talk to her or him,” Carr said. “Be the prevention – teach children and those around you that they are valuable. Speak life to the marginalized in your community. Tell someone she is beautiful and special to God.”

It’s also important to make sure our own house does not contribute to the problem.

“Teach your children to value people and not consume them,” Carr said. “If we can end who is buying, there will be nothing left to sell. There is more power in small decisions made in Shelbina everyday than in busting down a brothel door.”

Carr has now spent years working directly against trafficking, internationally and domestically, as both a front-line interventionist and an advocate. It’s a dark world, but it’s one she can’t ignore.
“I believe Jesus is all about justice,” she said. “His care and protection of the poor and marginalized in scripture is what drives my compassion about this. If I claim to walk in his footsteps I must do this.”

Social justice organizations are recognizing the important role churches have to play in combating human trafficking. Brian Cress is the director of Denomination and Youth Mobilization at International Justice Mission (IJM), the largest international anti-slavery organization in the world that is comprised of lawyers, counselors, activists and supporters. He spoke at a gathering of faith leaders in St. Louis about the organization’s work with two main points: 1. Slavery still exists. 2. Together we can end slavery.

Cress had formerly been part of the pastoral team at a large non-denominational church.

“Our church helped the poor, but when it came to acts of justice we weren’t doing anything,” Cress said. “We thought ‘social justice’ seemed like some ultra-liberal thing, not real gospel. The idea of social justice isn’t new to United Methodist churches, but it was certainly new to the evangelical community that I was part of.”

That changed 21 years ago when a lawyer came back to the U.S. after investigating Rwanda genocide, and brought the human trafficking issue to the church Cress was working at. The church started participating, and Cress’s life was soon set on a journey seeking justice. He left his church and joined the staff of IJM.

Although not a church, he learned IJM is very spiritual. The IJM workday includes 30 minutes of solitude which is to be used for either prayer or scripture study. Every quarter the offices close for a day of prayer retreat.

“I had been a pastor for 30 years, and found they (IJM) were praying more than (pastors) were,” he said.