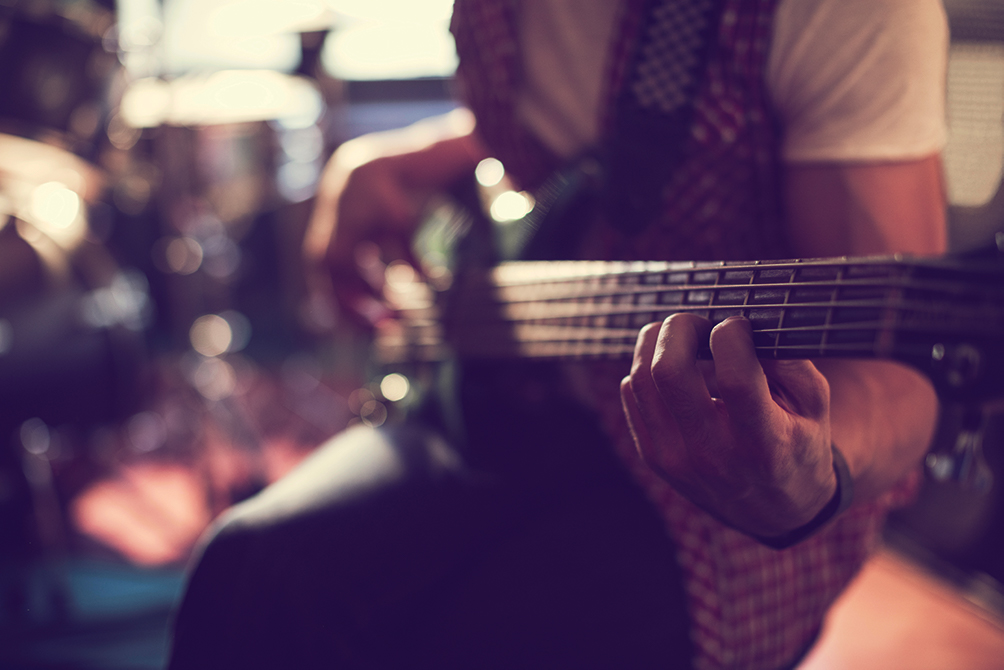 Last month we started a series discussing the role of each instrument and voice in a contemporary worship ensemble, starting with the acoustic guitar. In this issue, we’re all about that bass. In the last 20 years of teaching, producing, and performing with commercial music and contemporary worship groups, I have noticed that the bass guitar is the most understood instrument in the ensemble. Often viewed as “guitar for those that can’t play guitar,” many music groups neglect the importance of a well-done bass part. Bass is a component of music that the average listener doesn’t look for, but when executed poorly (or missing completely) we all notice that something is off. Let’s talk about how to achieve the correct stylistic sound for the low end of your ensemble and some tips on what to ask of your bass player.

Stop playing it like a guitar. When folks are asked to play bass with a group, it is likely that they are coming from a background with acoustic guitar. It is great to have a background with other instruments, but the bass is very different than guitar. Acoustic players are trained to play chords with a constant driving rhythm and little space or silence in their parts. This usually doesn’t work for the bass, since it requires more intricate rhythmic parts and rests similar to a kick drum. If you have a decent drummer in your group, the best way to get the bass player to start thinking this way is to ask them to mimic the rhythm of the kick drum while playing the root of the chord that the song requires.

Start each measure on the root of the chord. While passing tones or alternative chord tones can liven up the sound of any tune, playing the root on the downbeat is often the place to start. Even advanced bass players will tell you this. One of the primary jobs of the instrument is to setup the foundation for the chords that are being played and sung by the rest of the band. When pitches other than the root of the chord are played at the beginning of the measure, this can be difficult to accomplish.

Learn to play notes other than the root throughout the measure. After learning to stabilize the root of the chord and play rhythmically similar to a kick drum, it is time to start looking for other parts of the harmony to support. This can be accomplished by adding the fifth of the chord or adding the root in a different octave. The third is an option as well but may be stylistically less common than roots or fifths.

Let only one note sound at a time. Again, unlike the acoustic guitar the bass guitar should only play one note at a time and not let two or more notes sound at the same time. This can cause some clutter in the sound and make for a messy mix within the ensemble.

Take lessons from a professional bass player or teacher. The bass can be a very intriguing and artistic part of the ensemble, but it requires an understanding of some basic music theory and the historical style of the instrument. If someone on your team is truly interested in playing, it may be worthwhile for them to take some lessons.