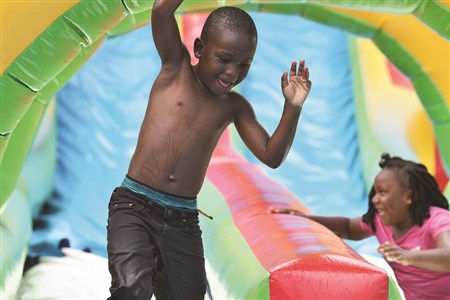 Most camps are set up right in church parking lots, but at Charleston the church decided to instead set up at the Sussanna Wesley Family Learning Center.

“Rob Webster (pastor at Charleston) approached us about setting up here because a lot of the children who would be attending live nearby,” said Marsha Keene-Hutchason, CEO of SWFLC.

Many of the families at the camp were familiar with SWFLC, having already engaged in other services there. SWFLC provides several educational opportunities, anti-violence programs and supplemental nutrition.

Charleston UMC, alongside the Sussanna Wesley Foundation, is completely financing every single camper in attendance at their camp for a grand total of $30,000. The Missouri Conference is helping by putting in another $10,000. The church is in a high poverty area of Missouri, and Charleston, in their very first year hosting camp took on the task of hosting not 1 but 2 Eagle Lake crews simultaneously, housing and feeding 40 staff so they could be a blessing to the community. 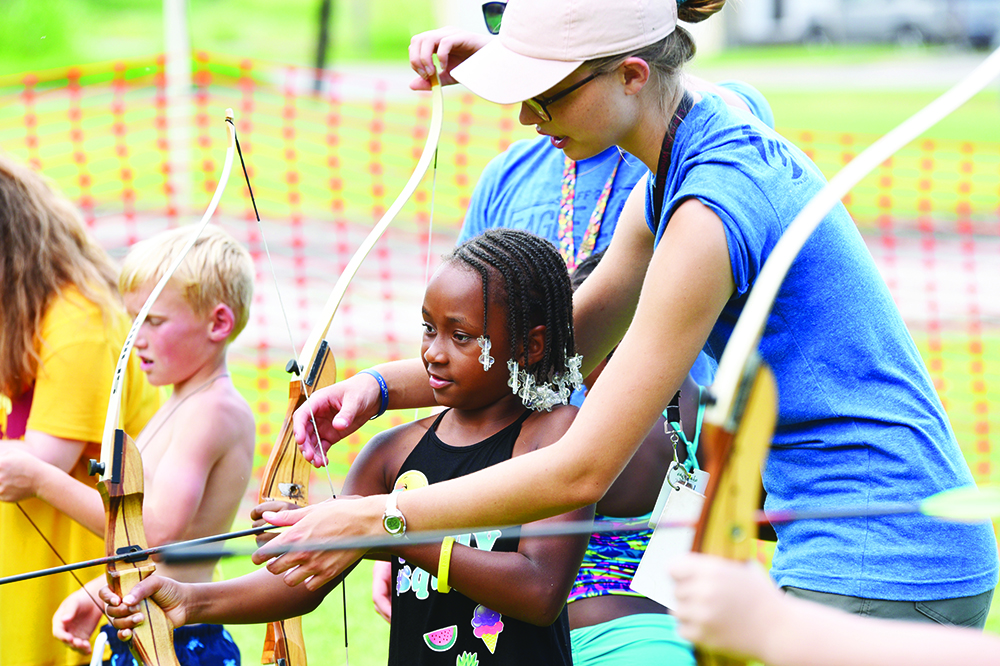 Sami Taylor is a program coach for Eagle Lake Camps, and is helping lead camps in Missouri for the third year, having been at camps in Southeast Missouri, St. Louis and Kansas City. She’s from Wisconsin and has enjoyed her Missouri experiences.

“I love giving children the opportunity to learn about Jesus and how he loves them while having summer fun,” she said while at the camp at Charleston. “It’s great to see the impact these camps have on different communities.”

Cole Church, age 13, was part of the Counselor Crew at Charleston. He’s a member of First United Methodist Church in Sikeston and was helping out with the Charleston camp with his friend Sam Lancaster after having participated in a camp at Sikeston the week before. “It’s fun,” he said. “I like everything about it.”

The Charleston mobile camp was a double camp – meaning it had twice the normal capacity of a mobile camp. It used that capacity, with more than 200 participants. Charleston UMC advertised the camp on its Facebook page, and the SWFLC promoted in through its main office and its summer meals program. Rev. Webster, who is on the board at SWFLC, was happy to see the Methodist-based organization and the church working together.

At press time there were 4,279 mobile campers registered, with the total expected to exceed 5,000 before the summer is over. The camps are being run by 164 staff and more than 500 volunteers.

“I have been humbled by the response of our UMC churches this summer,” said Josh Schaller, camping logistics coordinator for Next Generation Ministries.

“So many churches have stepped up and accomplished incredible things. Hearing the stories from our local church leaders and camper families makes me proud to be working in this position every day.”